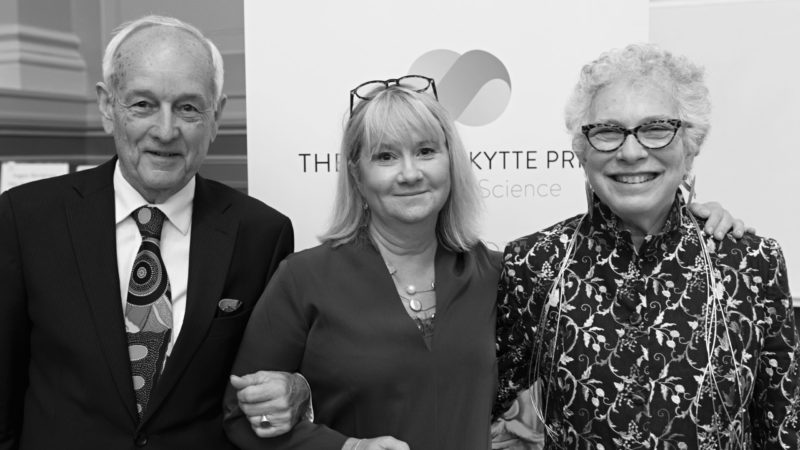 It is our sad duty to announce that Count Nils-Axel Mörner, the patron of the Johan Skytte Chair Professorship in Political Science and chairman of the Skytte Foundation, died on October 16, aged 82.

Nils-Axel Mörner succeeded his father, the painter Stellan Mörner, as the eleventh patron of Johan Skytte’s chair in 1979. He will be remembered for his dedicated contribution to the restoration of the donation’s financial independence, which paved the way for the establishment of the Skytte Foundation. In 1994, the Foundation instituted the Johan Skytte Prize in Political Science which is awarded for the most valuable contribution to political science. The prize has become the most prestigious academic award in the field of political science and helped to secure a firm place for Johan Skytte’s legacy in the history books of political science.

Today, the laureates of the Prize count among their ranks such undisputed masters of political science as Robert Dahl, Elinor Ostrom, Hanna Pitkin, Adam Przeworski and, most recently, Peter Katzenstein. The traditional prize award ceremony was cancelled this year due to the ongoing global pandemic. Who would have thought that Nils-Axel – or Niklas as he preferred to be called, would not be with us to decorate two prize winners simultaneously in 2021?

Nils-Axel performed his role as the eleventh patron of the centuries-long legacy of Johan Skytte with utmost degree of dedication, energy, warmth and attention to detail. As chair of the Skytte Foundation, he worked tirelessly to safeguard Johan Skytte’s legacy as one of the founding fathers of political science in the North and to establish new avenues through which this legacy can be of relevance to political science today. Nils-Axel was a dedicated reformer and his absence will leave a great void.

We mourn a truly unique person and extend our greatest condolences to all those who knew Nils-Axel and had the privilege of working alongside him.

Niklas, thank you! You will be missed!