Down-to-earth political philosophy in the service of progress 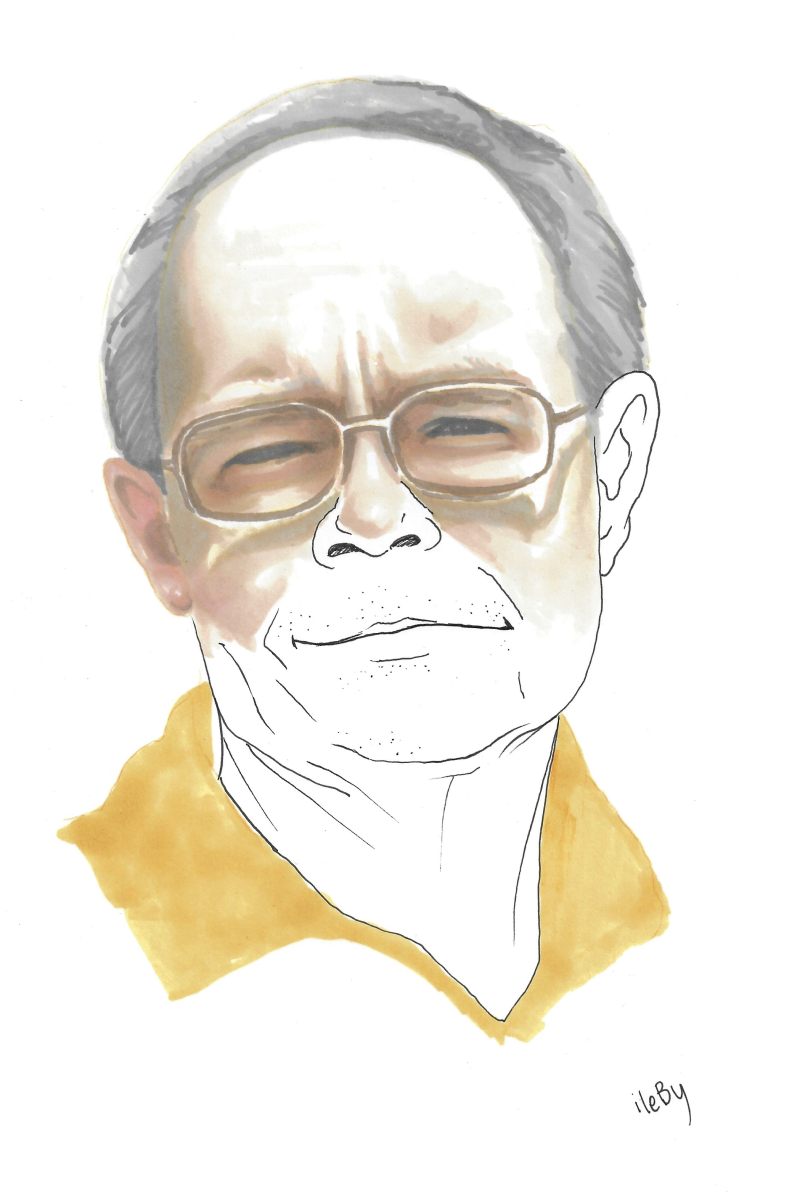 What runs and runs but never comes to the door? So went a Swedish riddle I heard as a child. The answer was “The clock.” But it could just as easily have been “Time.” Not only does it run relentlessly and eat away at the 4,000 weeks that an average human life lasts in the richer part of the world, it is also “the same for everybody.” There are 24 hours in a day whether you live in China or New York and in those hours, you have to do everything that keeps you alive: sleep, personal care, household labor including caring for children, and paid labor. What remains of the 24 hours after all of that is done is your “discretionary time,” your spare time. The time you decide what to do with – chill in front of Netflix, go mountain biking in the woods, hang out at the local bar, or simply be. In Discretionary Time. A New Measure of Freedom, Robert Goodin and his co-authors posited the idea that discretionary time might be a resource as important as money to living a good and happy life. The more time a person has control over, once the necessities have been dealt with, the more freedom they have. People have the most of this kind of freedom, or temporal autonomy, in Sweden and the least in the United States.

Robert Goodin is the recipient of the 2022 Johan Skytte Prize in Political Science. Goodin has been awarded the prize for several works over decades going back to the 1980s in which he “with acuity and success endeavored to blend political philosophy with empirical political science to increase the understanding of how decent and dignified societies can be shaped.” Goodin took his DPhil in Politics at Oxford in 1975 and has a classical education in political philosophy, an area of particular strength at Oxford, the home institution of prominent scholars including Sir Isaiah Berlin and Quentin Skinner. Goodin has now been with Australian National University (ANU) for many years. He is a political thinker whose entire scholarly life has been shaped by the conviction that human progress is possible and that carefully designed public policy is one of the main tools we have for achieving it. He could thus be called one of the “social engineers” of political philosophy, and one of his lasting contributions has indeed been to develop “institutional design” as a field of research. Modern welfare states need to help the vulnerable and provide citizens with basic security by means of efficient tax collection. But to do that in a way that harmonizes with the moral values on which such policies are based, government institutions must also be designed in the right way. That requires careful investigation and research to determine not only the consequences of policy in the best case, but equally careful identification and prediction of the unforeseen consequences that could ensue. In short, welfare policy requires politicians to understand both the moral principles and the practical design. And for that, they need research.

Goodin’s The Theory of Institutional Design (1996) was the first in a series of books published by Cambridge University Press on theories of institutional design, which Goodin still edits. Today, many scholars focus on the intersection between political science and economics, including how social policy and healthcare should ideally be organized. Institutions like the Social Insurance Agency in Sweden are clear examples of the kinds of institutions to which Goodin refers.

Equality, freedom and wellbeing – morally defensible values – can be improved for most people. Public policy and the welfare state are thus critically important here. Goodin argues that how the state’s fundamental institutions and policies are designed is absolutely central. Good intentions are one thing, but if policymakers do not apply research to determine how institutions should ideally be organized, unforeseen consequences can arise that turn the intentions upside down. In this respect, Goodin reminds me quite a lot of Gustav Möller, the founder of Swedish Social Democracy, who strongly emphasized how the policy solutions of the welfare state were designed, and not only what they contained. The child allowance was to be paid to everyone, including the well-off, instead of giving needs-tested assistance to the poorest. If the latter approach had become a reality, stigmatization and an “us and them” attitude would have been embedded in the design of the policy; universal forms of support benefited everyone to avoid this.

It is not easy to put a label on Robert Goodin. Like many other brilliant social scientists, he has never been interested in locking himself into a box and has traversed wide fields. Nevertheless, one could say that he returns time and again to a few problems: What should the state do, and why? How should that be expressed in the complex practice that is the reality of the modern state? In Protecting the Vulnerable, published back in 1980, Goodin strikes the chord that would later guide him through decades of thinking and research. In the book, he develops the argument that we have the same obligation to help and protect strangers as we do towards our “near and dear” ones. Vulnerability should be the primary criterion  and thus our moral obligations are considerably more extensive than those we have to our family and friends. At this point, Goodin is already discussing moral obligations to future generations, across borders and towards animals and natural environments. Issues that are highly topical today involving climate change and human responsibility, interested Goodin very early on.

In a long list of publications since then, Goodin has continued to draw attention to the fact that public policy is based on complex moral judgments that can and should be the object of systematic analysis. The ethical judgments inherent in “No Smoking” policies were explored in No Smoking: Ethical Issues (1989) – decades before these policies were put into practice by governments all over the world. In a series of articles, Goodin systematically laid bare the evaluative assumptions and empirical claims underlying nuclear power policy, anti-terror policy, paternalism and much more.

Early in his career, Goodin became profoundly engaged in the rising criticism of the welfare state, specifically in Reasons for Welfare: The Political Theory of the Welfare State (1988). Bucking the prevailing trend, Goodin took on the challenge of identifying valuable and less valuable aspects of the utilitarian foundations of the welfare state. In an era when utilitarianism, a philosophical approach that prescribes actions based on a collective rather than an individual morality, was heavily blamed for detestable forms of the art of social engineering, Goodin’s Utilitarianism as a Public Philosophy (1995) and Political Theory & Public Policy (1982) sought to reexamine and rehabilitate aspects of utilitarianism, which was the hallmark of radical and socially progressive thinking in the 19th century.

He thus returns to welfare policy much later in the book on discretionary time. Goodin is truly in step with our time here. In typical “Goodinian” style, he and his co-authors carve out the meaning of a value – spare time – and then find ways to measure this value empirically that make it possible to study. Material from the United States, Australia, Germany, France, Sweden and Finland shows that temporal autonomy varies widely among countries and under various life circumstances; for example, divorce reduces the amount of discretionary time for people with children, especially women. One thing the state can do to increase people’s discretionary time would thus be to make shared custody the default law of the land. The introduction of government tax breaks in Sweden for hiring people to take care of household repairs, gardening, and so on, is another public policy aimed at increasing discretionary time. A little jokingly but entirely accurately, Goodin and his co-authors write that people can maximize their spare time by a) don’t have children and b) if they do have children, do not get a divorce, and c) move to Sweden.

The Johan Skytte Prize in Political Science, often called the “Nobel Prize of Political Science” is being awarded for the 28th time this year. Established to reward the most valuable contribution to political science, it was first awarded in 1995 to the grand old man of studies in democracy, Robert Dahl. Since then, research in areas including the characteristics and conditions of international relations, brought once more to the fore by reason of the Russian attack on Ukraine, has been recognized in the prizes awarded to Robert Keohane and Peter Katzenstein. Knowledge about trust and the role of social capital, trust that is pivotal in so many areas in large-scale societies, where encounters with strangers are commonplace, was recognized when the prize was awarded to Robert Putnam in 2006. This year is the 400th anniversary of the Johan Skytte Chair in Eloquence and Political Science. Privy Councilor of Sweden Johan Skytte, who was then Vice Chancellor of Uppsala University, donated land and property in 1622 to fund a professorship in eloquence and government. It is one of the oldest professorships in political science in the world and was intended to train future Swedish statesmen in eloquence and diplomacy. The prize is a contemporary offshoot of Skytte’s ambitions, which put great faith in education and knowledge.

On behalf of the Prize Committee

(The original version of this prize motivation letter was published in Svenska Dagbladet on April 25, 2022.)