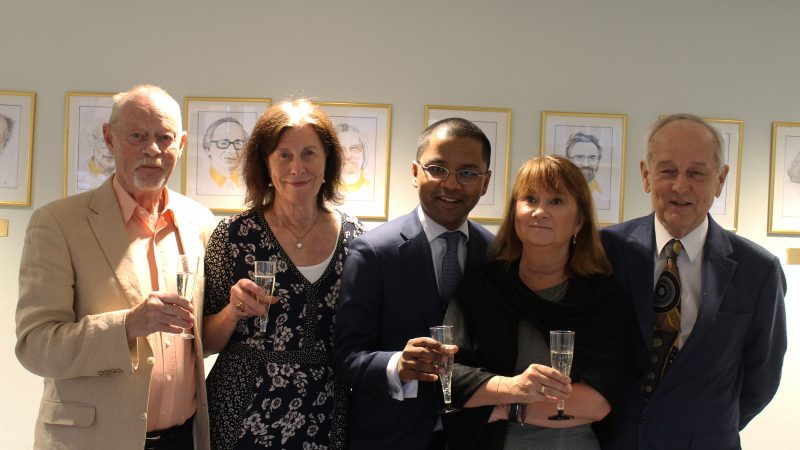 On April 23, Department of Government at Uppsala University hosted a festive unveiling ceremony organised by the Skytte Foundation to commemorate all prominent political scientists who have been awarded the Johan Skytte Prize thus far. Their portraits sketched by a talented young Swedish artist, Anna Ritar, will now be decorating one of the student lounges of the Department of Government and encourage young aspiring political scientists to strive for great achievements within the discipline.

The ceremony was accompanied by three lectures, all commemorating Johan Skytte, the founder of the Department of Government, in whose name the Skytte Prize is given. In the first lecture, David Lindén, author of the forthcoming biography of Johan Skytte, gave an account of Johan Skytte’s early life, his rise to prominence, links to the Swedish royal House of Vasa and his drive to make education accessible to everyone, not only noblemen. In the second lecture, Barbro Lewin, author of a biography of 20 Johan Skytte professors, introduced us to both private and professional lives of a select number of Skytte professors and discussed how the historical period they lived in impacted their teaching and scientific work. Finally, in the third lecture, Li Bennich Björkman, the current holder of the Johan Skytte chair in Political Science and Eloquence, gave an account of what the Skytte prize meant to the academics who received it and what it means for political science today.

The lectures were followed by a formal unveiling ceremony conducted by the patron of the Skytte Foundation as well as the Skytte chair in Political Science, Nils-Axel Mörner, a count and descendant of Johan Skytte. Count Mörner impressed the audience by his traditional enumeration of all Skytte prize laureates’ names. The unveiling was then followed by a festive reception open to the staff as well as students and general public.

The wall of fame will now become an integral part of the Department of Government and we sincerely hope that it will continue expanding for decades and centuries to come. Posting one’s portrait onto the wall of fame will become part of the Skytte festivities that are held at the end of September every year. The first laureate to personally add her portrait to the wall is Jane Mansbridge, who will be awarded the 2018 Johan Skytte Prize on September 29, 2018. The posting of the portrait will take place on September 28. 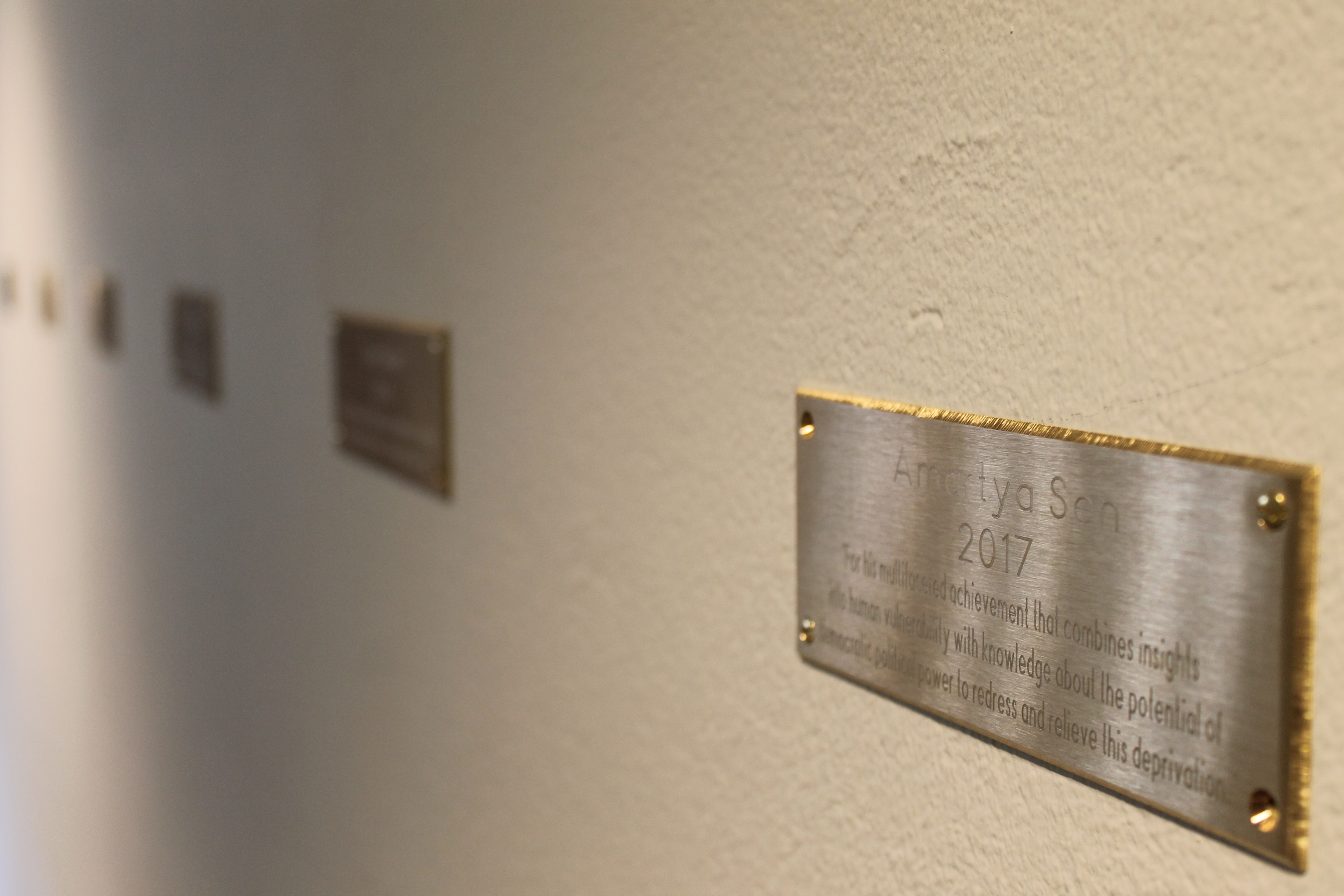 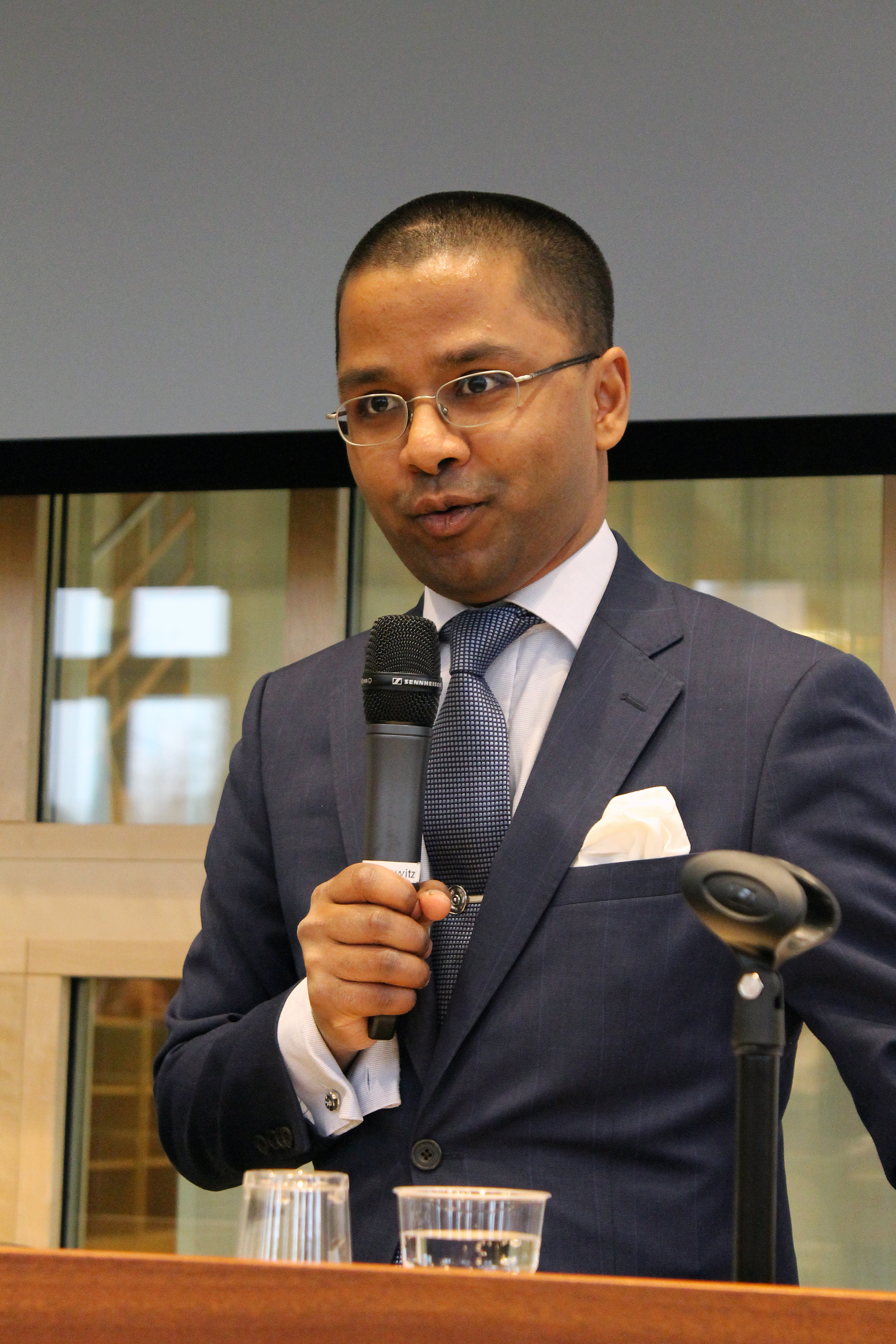 David Lindén opening the ceremony with his lecture about Johan Skytte. 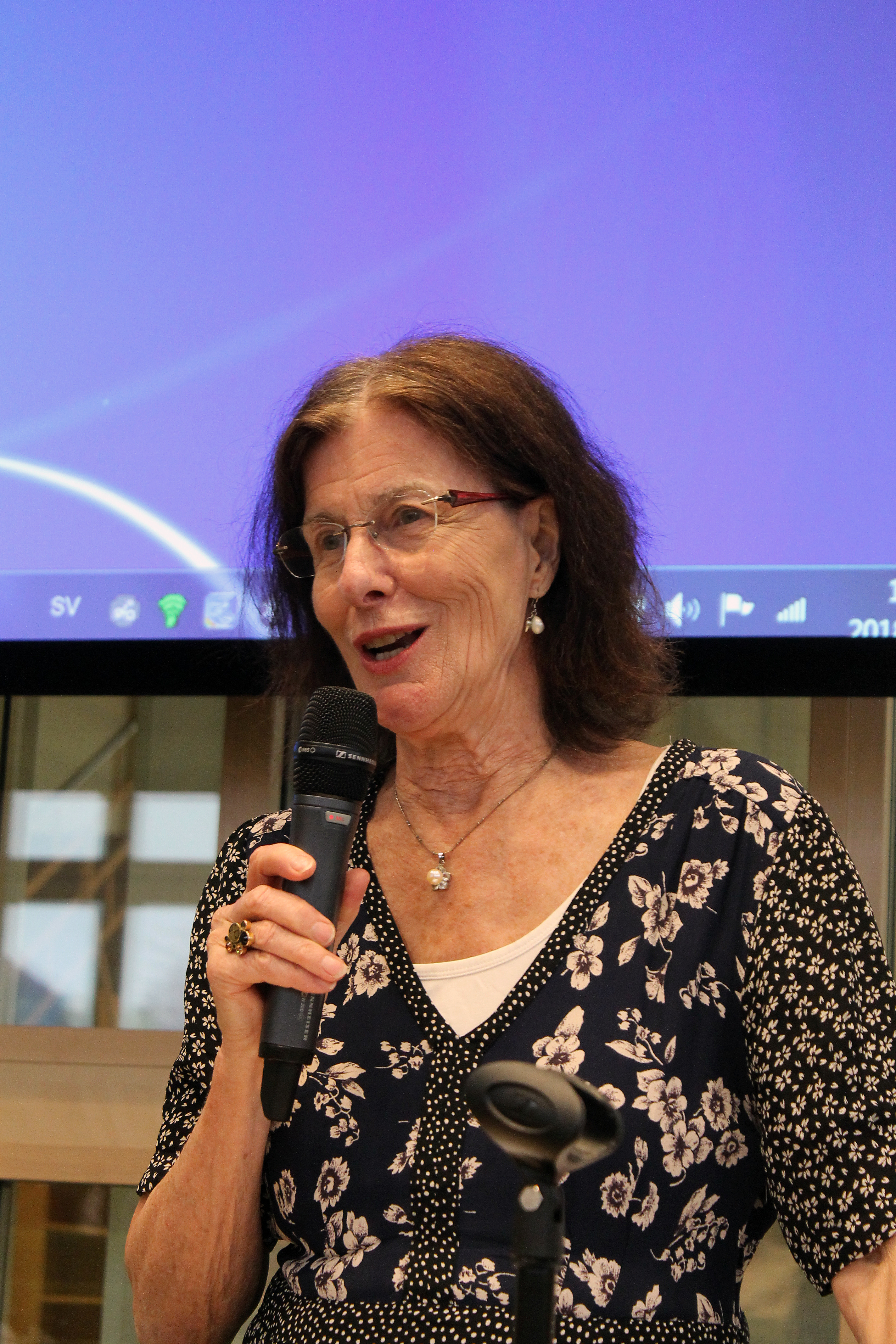 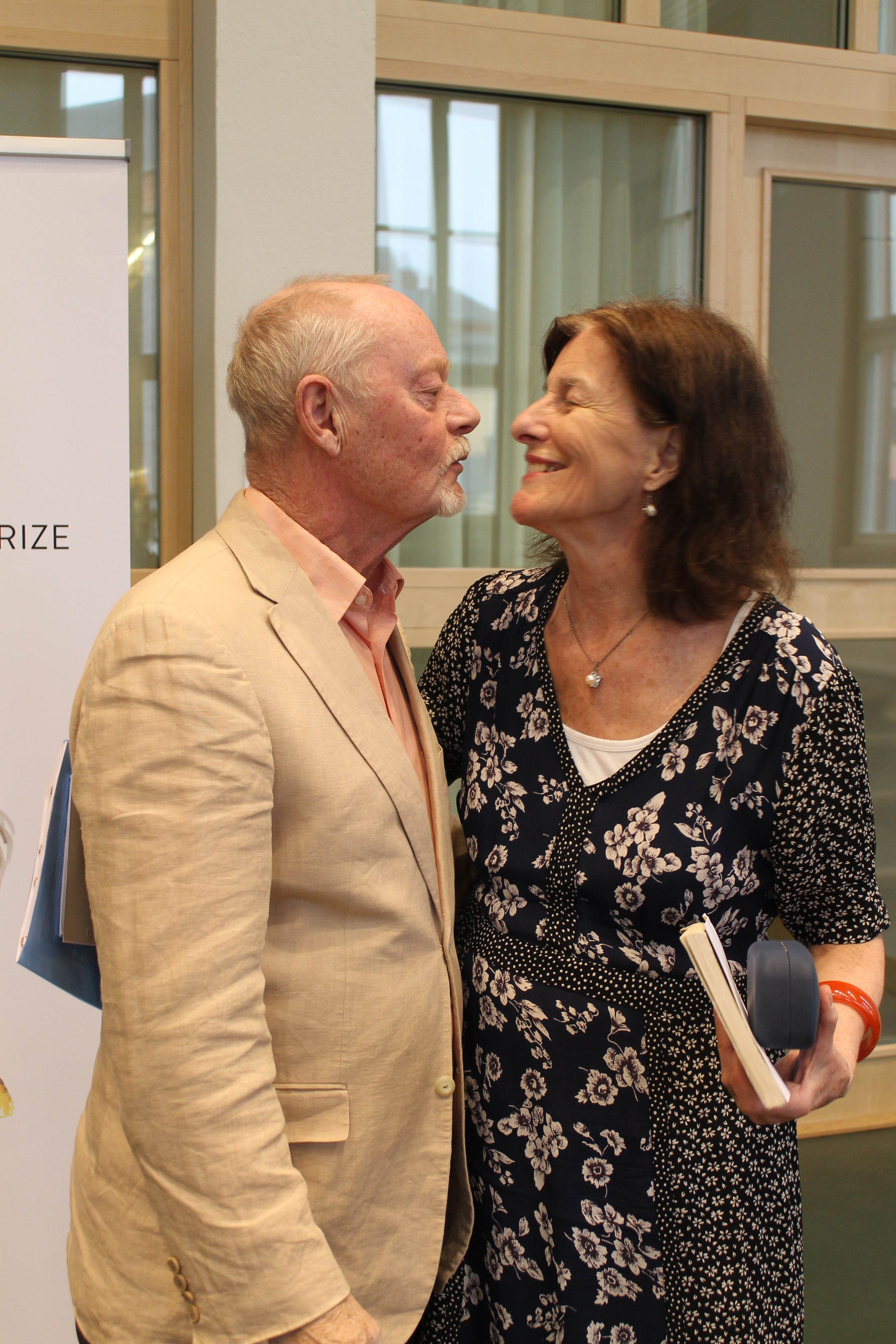 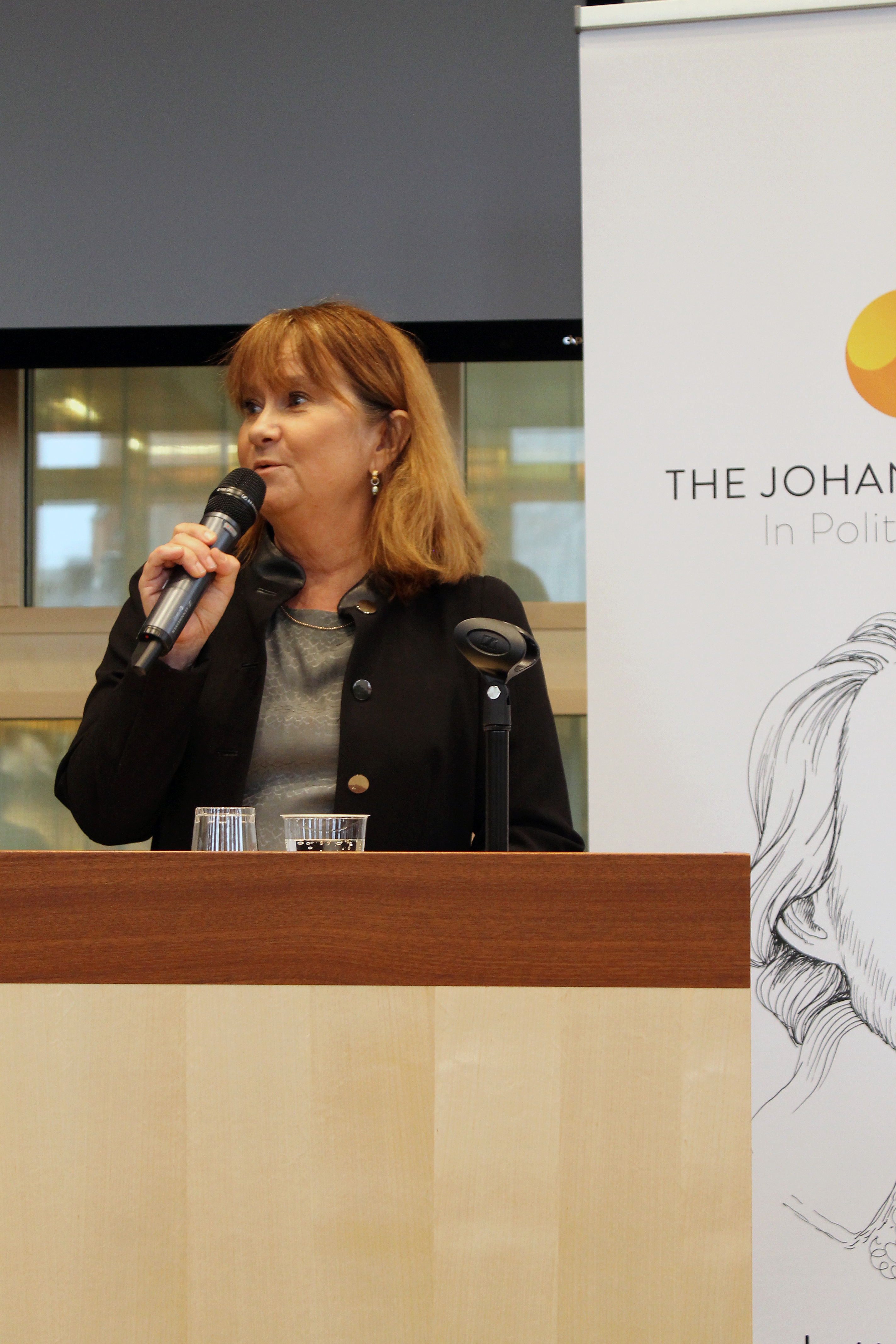 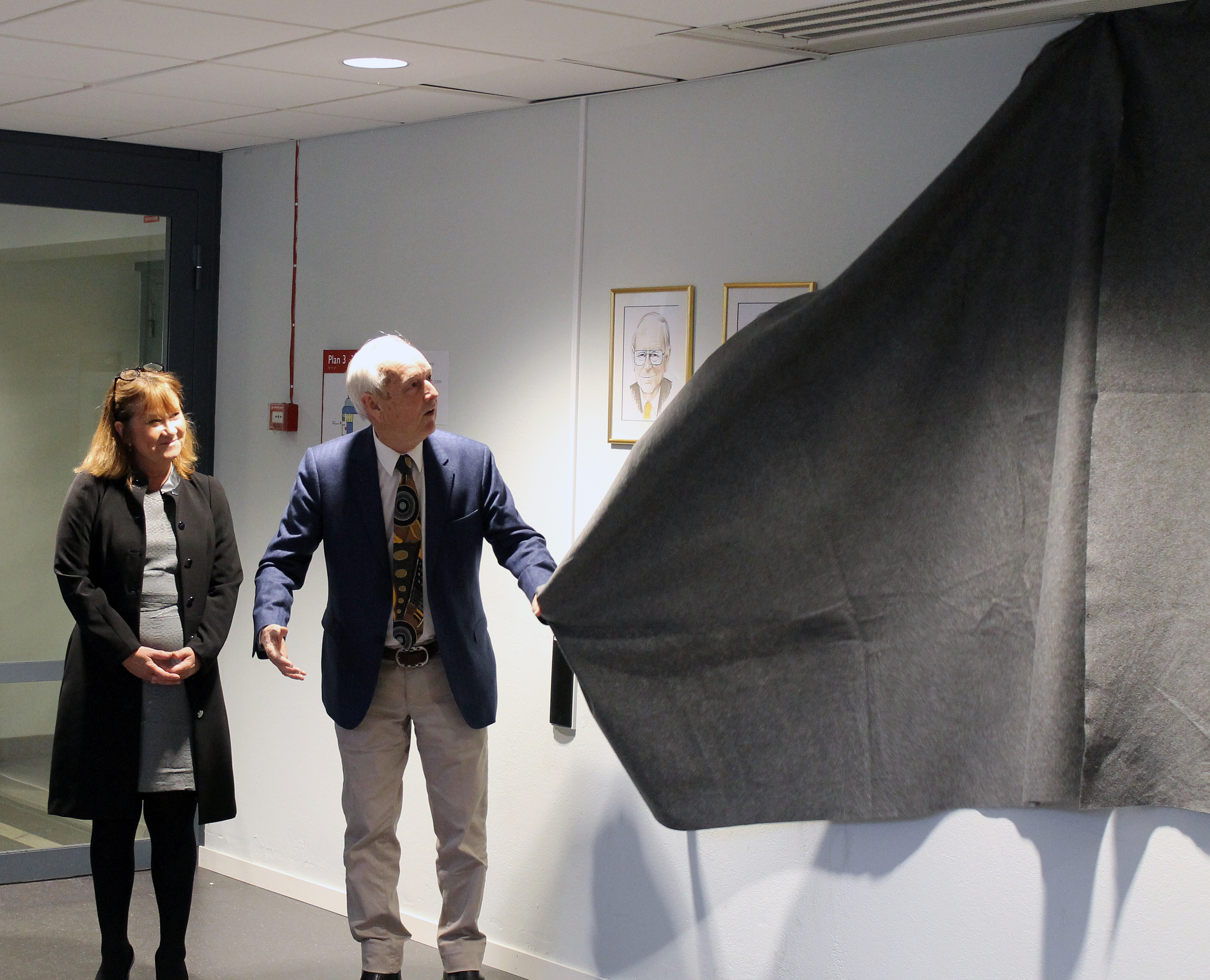 The ceremonial unveiling of the portraits by Nils-Axel Mörner, patron of the Skytte Foundation. 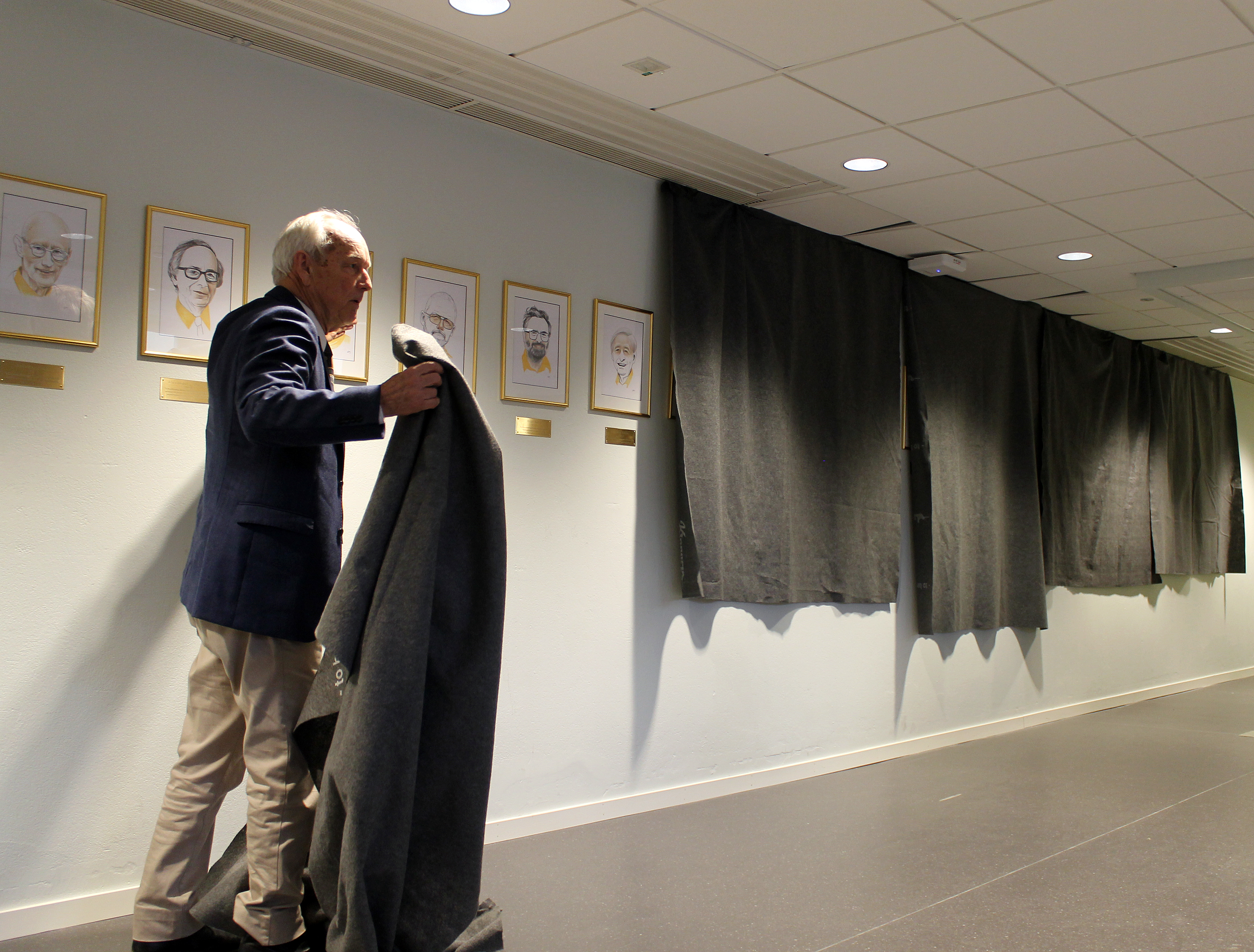 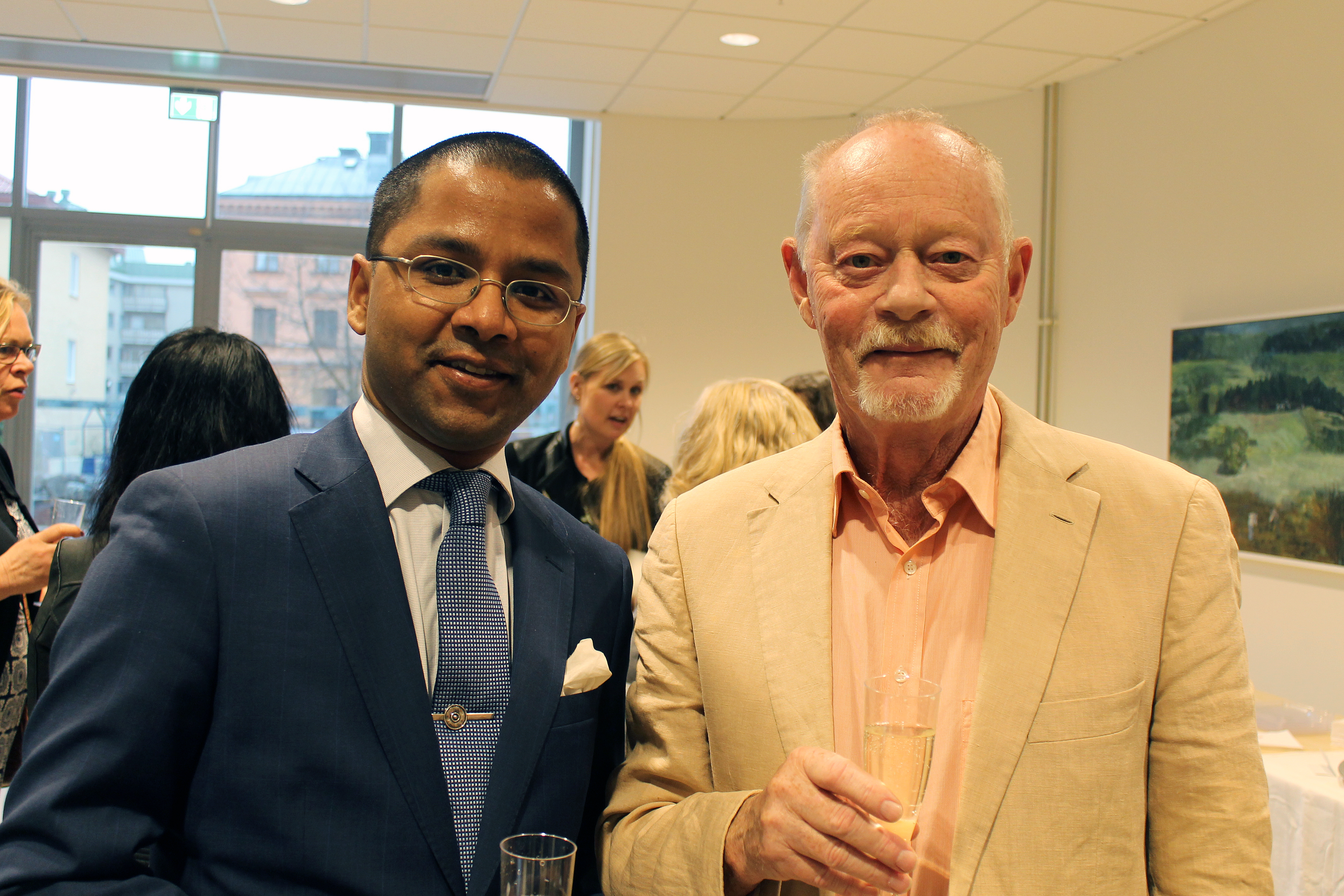 David Lindén and Leif Lewin at the reception. 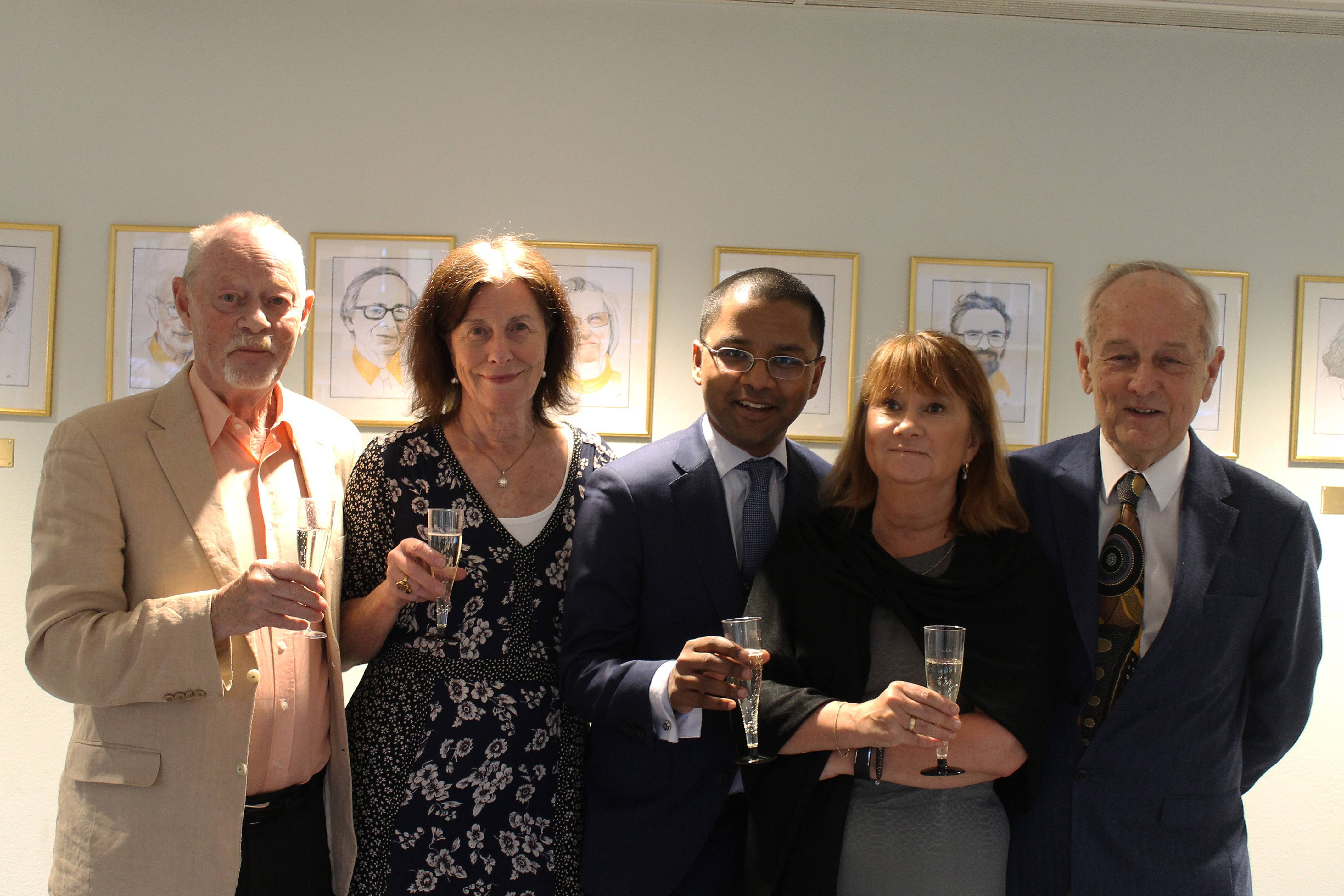